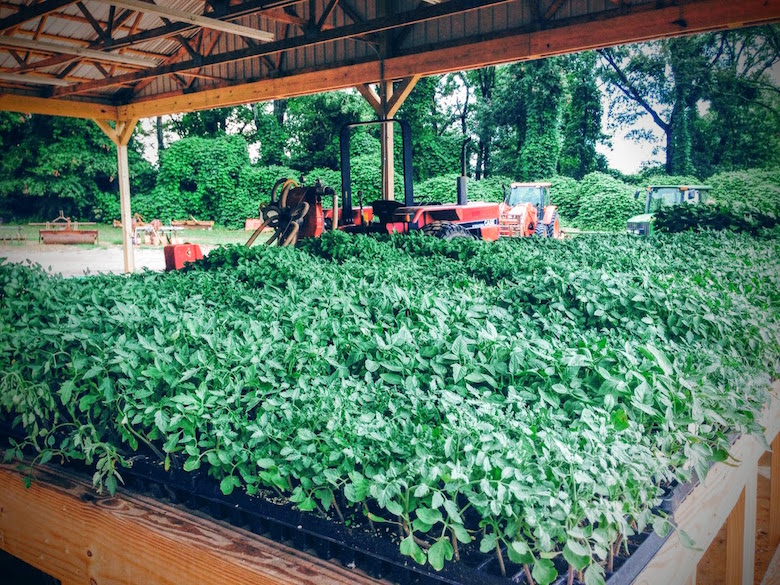 How we fought against food cost to make profit

We said we would bring the best ingredients to our kitchens in the US. We didn’t want to buy frozen mozzarella or pepperoni made with 35 different chemicals (and a little bit of beef), even though we understand why some pizzerias go that way. The best always costs the most. But that strategy can suck away all your profit. The average food cost in the industry is 20–23%. By aiming for the best ingredients on the market, we managed to make it 29%. And that was way too much.

The difference may look not that huge, but the EBITDA margin in the industry is somewhere between 15–17%. So an extra 9% in food cost might leave you with a mere 6% profit margin, which is, well, almost ridiculous. If the sales in the store are equal to $500,000 annually, you would be making just $30,000 a year. That doesn’t look much like a business at all.

However, we couldn’t let ourselves cut down the quality. So we had to get creative. In early July, nobody in the team was sure whether cutting food costs without losing product quality was even possible. But we said, “The best ingredients we can find or nothing” and we meant that. So we started to fight for every single percent of profit. Here’s what we’ve done.

Despite the fact that we only had seven pizzas and two milkshakes on our menu, we still needed around 40 ingredients. Fighting for the price of each one was a waste of time and energy. So instead, we identified the biggest drivers of FC. In the pizza industry, those are meats and cheeses.

Couldn’t we lose some options and focus on just the essential ones? There are hundreds of pizza recipes, but only a few can be called “American classics.” We learned that we could make seven classic pizzas using just five types of meat instead of eight (grilled chicken breast, bacon, Italian sausage, ham, and pepperoni) and three types of cheese instead of five (mozzarella, parmesan, and ricotta).

By going down that road, we’ve had to lose our cheesy pizza, which had five different kinds of cheese, but on the flip side, we created a recipe for a simple but delicious margherita. And the simplicity of a margherita forced us to think more about the importance of our own marinara sauce. It’s a perfect example of improvement born of necessity.

Doing it our way

The vast majority of big players in the pizza business rely on ready-to-use marinara sauce or pizza sauce. There are some names in the market (Stanislaus, Escalon, etc.) who can deliver high-quality ready-to-use sauces. But guess what? They are damn expensive.

So, two options. First, you can buy cheaper ready-to-use sauces with a list of ingredients you’re not so proud to share. Or second, you can make your own sauce from scratch using incredibly good, plain crushed tomatoes from those same producers. That last one sounded like a good plan, but we couldn’t make the preparation process too complicated without driving the labor cost (someone with a salary has to make it).

After several months of experiments and tests, we came up with a recipe for the sauce that did not require heating and other time-consuming steps. We took freshly-packed crushed tomatoes and added spices and fresh basil. The sauce would be heated once our pizza reached the oven. This new sauce smells and tastes amazing, and it lets us make a profit, since canned crushed tomatoes are almost 30% less expensive than ready-to-use marinara sauce from the same producers.

Any long journey starts with the first step. We know that we have big plans and ambitions in the US. But we can’t make it without trustworthy partners who share our ideas and passion. It’s one thing to find a producer for the ingredients you like (it’s relatively easy), but it’s another thing entirely to build relationships with a food distributor (that’s not so easy).

If you just stop by and request the products you’d like, you’ll get them, no problem. But if you want to be happy with the prices, be ready to go all-in during the negotiation process. We have been to the offices of all the distributors we have ever considered working with. We have cooked pizzas in their test kitchens. We have explained why we prefer one product over another. We have talked a lot about our plans and potential for growth. We have showed why our business model is different. As a result, our team has found those who are eager to give us better prices (in fact, way better than the ones we got at the beginning) because they want to grow their business with us.

Seeing the bottom of the iceberg

The price of an item in a quote is only a part of the story. All the boxes and cans won’t appear in-store overnight. Here comes the logistics. There are so many ways you can order and get your products delivered to the store! The cost of delivery might affect the cost structure significantly. Getting ingredients from a town 30 miles from the store is almost two times cheaper than shipping them from a warehouse 100+ miles away. Since the costs of delivery account for 2–3% of the FC, efficient supply chain management is a must for us.

One solution was to get all our products delivered through a single food distributor. Even if the company doesn’t carry some of the products you want, they might get them shipped to your door anyway. The other possible solution was to have enough storage space in the store to order more of the ingredients less often. Since we don’t have such a luxury as extra storage space, renting a self-storage and using it as a dry storage facility seemed like a good plan. It might not be obvious, but the math proves that this is a great option. We’ll also use this self-storage for pizza boxes and cups, cutting down the packaging costs.

Once we decided what we wanted to get and who could make it happen, we started the next round. The question was simple: Do we really need everything we’ve chosen? The issue is trickier than just quality. We looked into the details and found out that the mozzarella we picked had been very popular among small artisan pizzerias in the country. But why? The main reason was its high quality, but equally important was the fact that this mozzarella does not burn in the wood-fired ovens mainly used in these small pizzerias. Since we use a conveyor oven, the super high temperature is not an issue. So the no-burn aspect was an extra feature with no added value. But we had not even thought about looking for something else.

Eventually, we switched to a different brand that has even better results during blind testing and it costs 25% less. Voilà!

The most obvious solutions are not always the best ones. We could have said that having the best ingredients would inevitably result in an unprofitable business. But after all the steps we’ve taken, a 29% FC has become 23.5%, which gives us an “extra” 5.5% profit!

There is still room for improvement, and we’ve got other challenges to face. The restaurant industry is all about fighting for every single percentage of profit margin—and we’ve just started.

Slow burn: 10 long-term effects of COVID19 on the food service industry
Read more
Our strategy: CEO’s letter to team members, partners, and investors
Read more
Dodo Pizza business live data
12-month Sales
$
locations
Countries
Get Dodo Pizza monthly
financial report
Sales and store count, year-over-year growth, P&L, and other key data of one of the world’s fastest-growing and most transparent pizza chains
We use cookies to ensure that we give you the best experience on our website. Please review our privacy policy before you continue browsing this website.
Okay