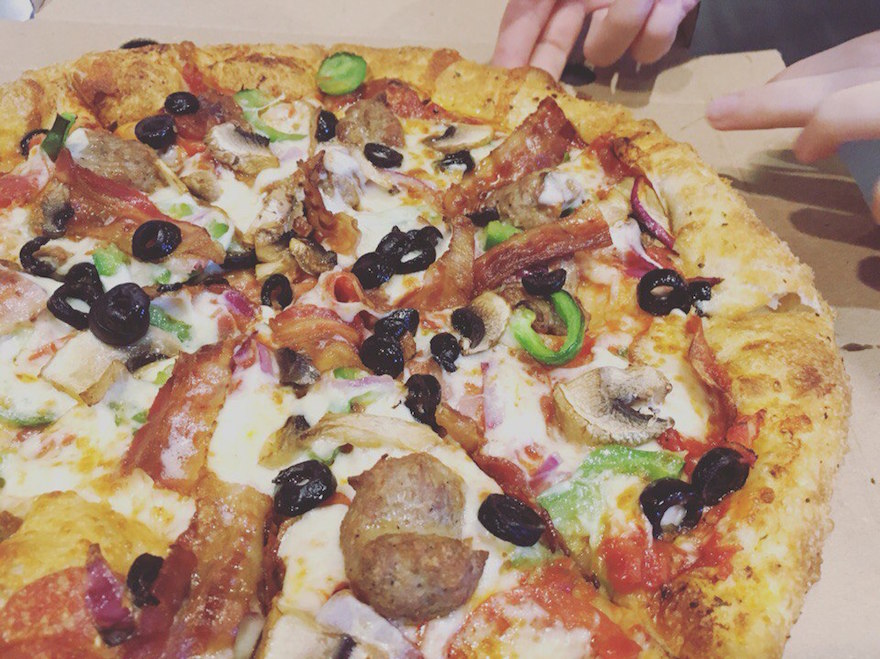 Good enough is not enough

“Everything can always be done better than it is being done—even a pizza,” Henry Ford said once. Really? Okay, you got me. He didn’t actually mention a pizza. That’s my fib. But the rest of the sentence is true. And Ford’s rule works in our business like in any other—which can be quite a challenge if your pizza is good already. And ours, well, isn’t bad.

First, when you raise the bar too high, it can be challenging just to keep it there. We can’t screw up and let people down. Now, good enough isn’t enough. People expect us to be perfect.

Second, we know that success is a dangerous thing to experience. It lulls you into complacency. It makes you stop fighting. It hinders you from aiming even higher.

We don’t want that to happen with Dodo Pizza Oxford. So call us insane, but while many people think that our pizza may be the best in town, we’ve decided to challenge ourselves and find a way to improve it. Recently, we cut milkshakes off of our menu. It was a shame, but this decision gave us leeway to focus on our core product.

Here are a few ideas we’ve come up with.

Most of our ingredients are not only high-grade but fresh as well. And we saw our customers get really excited about that. It’s a no-brainer why. Usually, you don’t expect to get a pizza with, for example, fresh basil and parsley when you’re ordering delivery.

So going further in the “freshness” direction was almost an obvious choice. Our Hawaiian pizza was made with top-notch canned pineapples. We’ve switched to fresh ones. That makes the kitchen’s workflow a bit more complicated, since now we have to wash and cut the fruit, but it’s worth the effort.

We’re thinking about topping our pizzas with all-natural high-quality Parmesan—after they come out of the oven (like it’s being done at real Italian restaurants). The question is: will we be able to do it in rush hour?

The Pepperoni is the most popular pizza on our menu. Almost 25% of all orders are for the Pepperoni. Though it’s good enough already, we want our recipe to be ridiculously perfect. It’s in the works right now. One promising idea we’re studying is to use two types of pepperoni in one pizza to give it a more complex flavor. After we’ve done with the Pepperoni, we’ll look into other recipes.

You don’t need new recipes if you mess with the old ones. My heart rate skyrockets to dangerous levels when I think that it happens at Dodo Pizza occasionally. So we’re putting even more effort into training our crew.

At the same time, we’re making small improvements to our kitchen that reduce the possibility of mistakes. For example, we bought equipment for slicing onions and peppers.

We used to think that the crew could just cut them with knives. But things happen, and once in a while, the onions and peppers came out too big or too small—and that can spoil the whole idea of our perfectly balanced recipe.

Two options: you can drill your people on this issue even harder—or just buy a slicer. We aren’t stingy. We bought one.

The biggest thing we’ve already done probably won’t strike you as a big deal. But it is. We’ve spent a few nights crunching numbers and analyzing our hourly sales, and finally, we’ve come up with a new time table for our dough preparation.

Dough is a tricky substance—it has to be warmed before being used. Our recipe suggests that we take it out of the fridge 3–5 hours before we start making a pizza with it. If you miss this window, the crust won’t be as good as it’s supposed to be.

The difference between a 3‑hour dough and 6‑hour one can be obvious for everyone, not just foodies.

To keep the dough in that window, we need to have a correct sales forecast 3–5 hours ahead for every day of the week. And now we have that (which is amazing).

By the way, this is only the first step. Later, we’ll feed this data into our Dodo IS and its AI will be telling us when it’s time to open the fridge and get some dough out.

More to come—this is just the beginning. There’s always an opportunity to improve something. Ask Henry Ford.

Will these changes help us reach our current business goal—to hit the break-even point, after which the pizzeria will start earning more than it spends? We honestly don’t know! :)

We estimate that Dodo Pizza Oxford will need $1500 in daily sales to stop losing money. In April, the number was $1271. We’ve got a ways to go. Don’t forget that you can track our sales on Dodo’s website and see everything for yourself.

Since our business model is completely new to the pizza market, nobody knows when our pizzeria will become profitable—or if it will ever happen at all. It’s all just an experiment. People say that it’s a crazy one. We say it’s spunky.