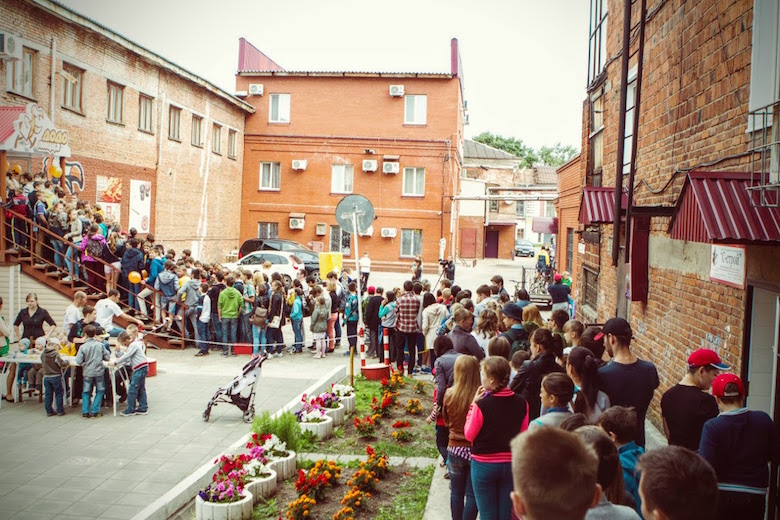 Wow, that’s a long, scary line. Strangely enough, all these people aren’t waiting for a new iPhone. Do you recognize the bird on the sign over there? Yep, it’s Dodo! And this is a Dodo Pizza Day in a town across the ocean.

It goes like this: for one day, we offer all our guests a pizza for free or at an insanely low price—like one dollar per pie.

It’s our traditional way of celebrating the opening of a new pizza place. And we thought that we’d throw the same party for Oxford this July.

The idea was to encourage Oxonians to stop in at the Red House, try our pizza, and pay us as much as they thought it was worth. It could be nothing, or a dollar, or a ten—your choice, guys.

We were deep into the project when it dawned on us that the team overlooked one problem that made the whole job impossible to pull off.

We! Don’t! Have! Enough! Parking! Space!

In many other countries, people are used to walking, but to be frank, Americans? Not so much. When we imagined a hundred cars trying to squeeze into ten lots in front of the Red House, we realized that we should drop the Pizza Day idea entirely.

Argh. What a bummer!

Let’s dab away our tears, though. The good news is that we’ve come up with another, even better idea. Something we’ve never done, not only here, but in any other country Dodo Pizza serves.

You’ll love it. No doubt about that.

Stay in touch. We’ll keep you in the loop.