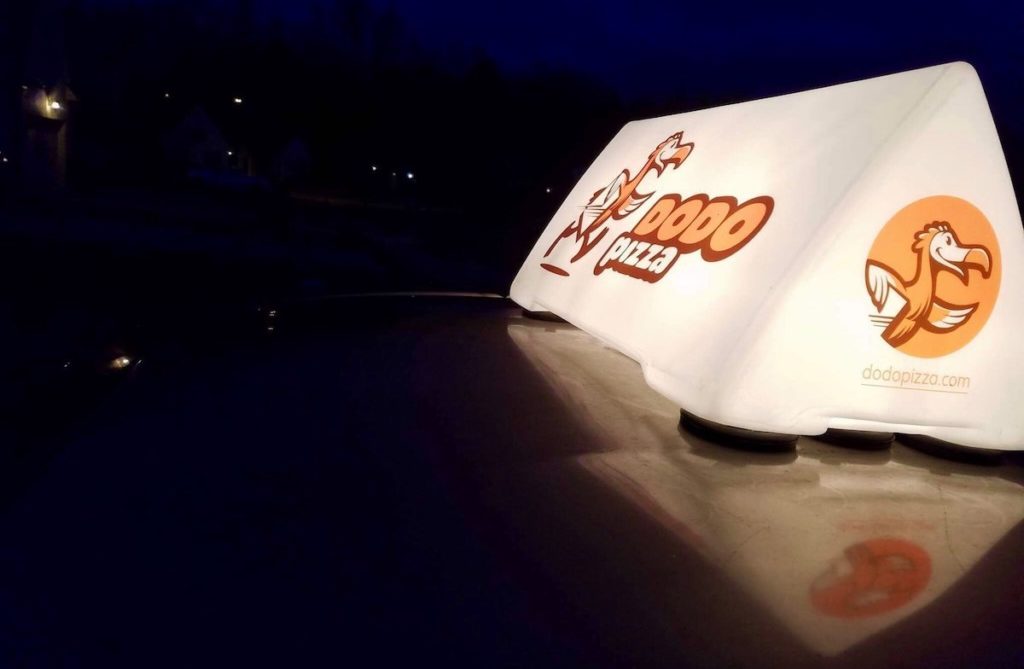 Why giving away free pizzas hasn’t worked for us

Everyone thought the idea was as genius as it was simple. We all believed in our product and expected that after trying our pizza, nobody could fight the temptation to order and devour it again. So half a year ago, we threw our cap over the mill and offered a free pizza to literally each Oxonian who had never ordered from Dodo Pizza before.

The thinking behind this project, dubbed Dodo Virgin, was that the promo would bring us new customers, generate word of mouth, and substitute any other marketing activity for our pizza delivery in Oxford. Instead of hammering home in ads and promos how tasty our pizza was, we wanted people to try it.

This inspiration came from a time when we started in Oxford and offered free pizzas to our first 500 beta tasters. It worked out nicely for us back then. Why not repeat the experiment on a scale of the entire city?

We set up a system to track new customers, made a simple website for the Dodo Virgin project, and promoted it on our Facebook page. In just three months, we shut it down.

Almost everything worked as we expected. People were signing up. Pizzas were being delivered. But we couldn’t see any impact from the Dodo Virgin project on our daily sales. Considering all the headaches we experienced with every Virgin order (that had to be managed manually), we realized that it wasn’t worth it.

A week ago, we took time to analyze our data and figure out what went wrong with our groundbreaking marketing strategy.

The program was active for three months—December, January, and February. 446 people took part (102, 272, and 72 respectively). You can imagine we didn’t have a hard time attracting participants for Dodo Virgin, so these numbers reflect mostly our ability and desire to handle the Dodo Virgin orders. When we felt overwhelmed with them, we paused our promo.

33 Dodo Virgins returned once to place their second order. 20 more ordered from us three times or more. The rest just enjoyed their free pizza—and never came back. For now, estimated lifetime value is $3.85 for every Dodo Virgin and $32.85 for the group of returning clients. All the Dodo Virgins placed orders for $1741. We can roughly estimate that we spent $10 on every free pizza ($4460) and $1000 on the landing and ads. So our loss is around $5000.

These calculations might be not as bad as they look at first. Many people use different phones and addresses to place orders, so we likely have missed a dozen or two returning clients. Some will come back as paying customers later—the three months that have passed since the campaign’s end isn’t a long enough period to accurately calculate the lifetime value of a customer. Still, the numbers aren’t impressive, and we won’t try to sugarcoat it.

The promo was a flop. What did we miss?

Now it’s clear that we could have done more to build a relationship with people participating in the Dodo Virgin promo. We didn’t do anything to help them make their second order—didn’t offer them a small discount and didn’t even send them a tiny e‑mail asking about their experience with us or inviting them to order again. That was a mistake, though I believe that the main problem could have been related not to the promo’s mechanics but to the promo’s idea itself.

Our artisan pizza, made with high-grade, fresh ingredients, is a bit more expensive than the ones you order from our major competitors in the delivery business. We offer the Supreme for $16, while Papa John’s does it for $14 (and Domino’s is even cheaper with its promo prices). We’re aiming at the people who can pay a bit more for a much better product. The Dodo Virgin promo, on the other hand, attracted mostly people who were looking for bargains.

As much as they enjoyed our product, most of them weren’t ready to pay an extra dollar or two for it. Our aim to cover all the city with our promo could have been the wrong shot in the first place.

I have a theory that making a pizza completely free was wrong too. After you’ve gotten a product for nothing, it’s mentally hard to start paying for it. That’s why many pizza joints offer one additional pizza for free only if you buy one. We should have taken that into account.

Lessons learned: have a plan for a promo’s afterlife, know your audience, and most importantly, don’t let your customers get a promo product without paying at least something.