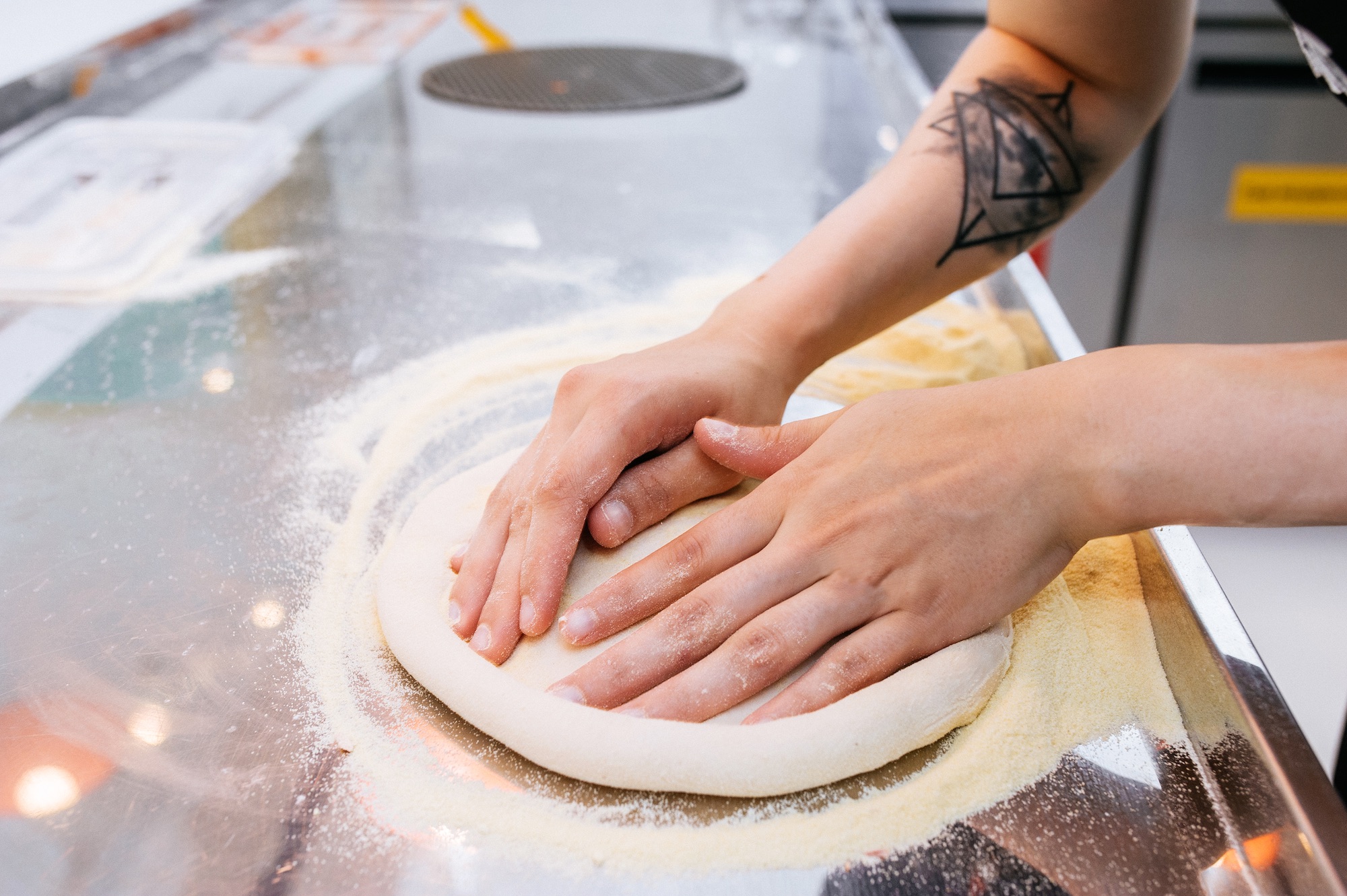 Why do we make pizza without gloves at Dodo Pizza?

Gloves provide an illusion of cleanliness. It’s safer and more hygienic to make pizza without gloves.

We stand for the highest hygiene standards. Some clients may think that by not wearing gloves we’re jeopardizing food safety, however it’s much safer not to use gloves and to maintain cleanliness by constantly washing and sanitizing the hands instead. Gloves carry bacteria and increase the chances of cross-contamination. Clean hands provide better standards and cleaner processes.

Myth and reality about gloves

Gloves are the key to cleanliness. Gloves do not guarantee sterility. Gloves provide an illusion. You see gloves, but you don’t see the bacteria that live on and in the gloves. Bacteria are easily transferred from place to place through gloves.

If the cook is wearing gloves, then everything is under control in the restaurant. This is also a fallacy. Hand washing is much easier to control than changing gloves. We control cleaning of hands, making it easier to prevent the spread of bacteria and cross-contamination. With gloves, this will not work as you cannot kill the bacteria that lie on their surface.

It makes no difference: “to cook with or without gloves.” Any cook is uncomfortable cooking in gloves, and it’s even worse if you’re a pizza maker. The dough sticks to the gloves, and it’s really uncomfortable. Stretching and shaping the dough becomes very difficult, because gloves prevent you feeling the structure of the dough. This is the same as sniffing flowers through a gas mask.

Another indisputable fact. If you still have doubts about using gloves, just take a deep breath and smell your hot, freshly baked pizza. We cooked it at 265°C. No bacteria on earth can survive such fierce temperatures!

At Dodo Pizza it’s safe to work without gloves as our kitchens are clean and tidy. We are obsessed with hygiene.

Before each shift, the manager checks the hands of every employee for cuts or small wounds. If he finds any marks on the hands, then the employee will cook with gloves on.

The rule applies in all our pizzerias: you don’t start working with ingredients until you wash your hands with soap and treat them with a disinfectant all the way up to your elbows. Furthermore if an employee touches any foreign surface they are required to wash their hands and repeat the cleaning process. The same applies if they touch their apron or even their own face.

We are so confident that you will be impressed with our standards, you can make sure that it’s clean and safe in our pizzerias at any time. How can you check? Every Dodo Pizza shop has a live stream from each store that allows you to watch live from our kitchens.

Ready to order? Check out our pizza offerings in Great Britain or the US.