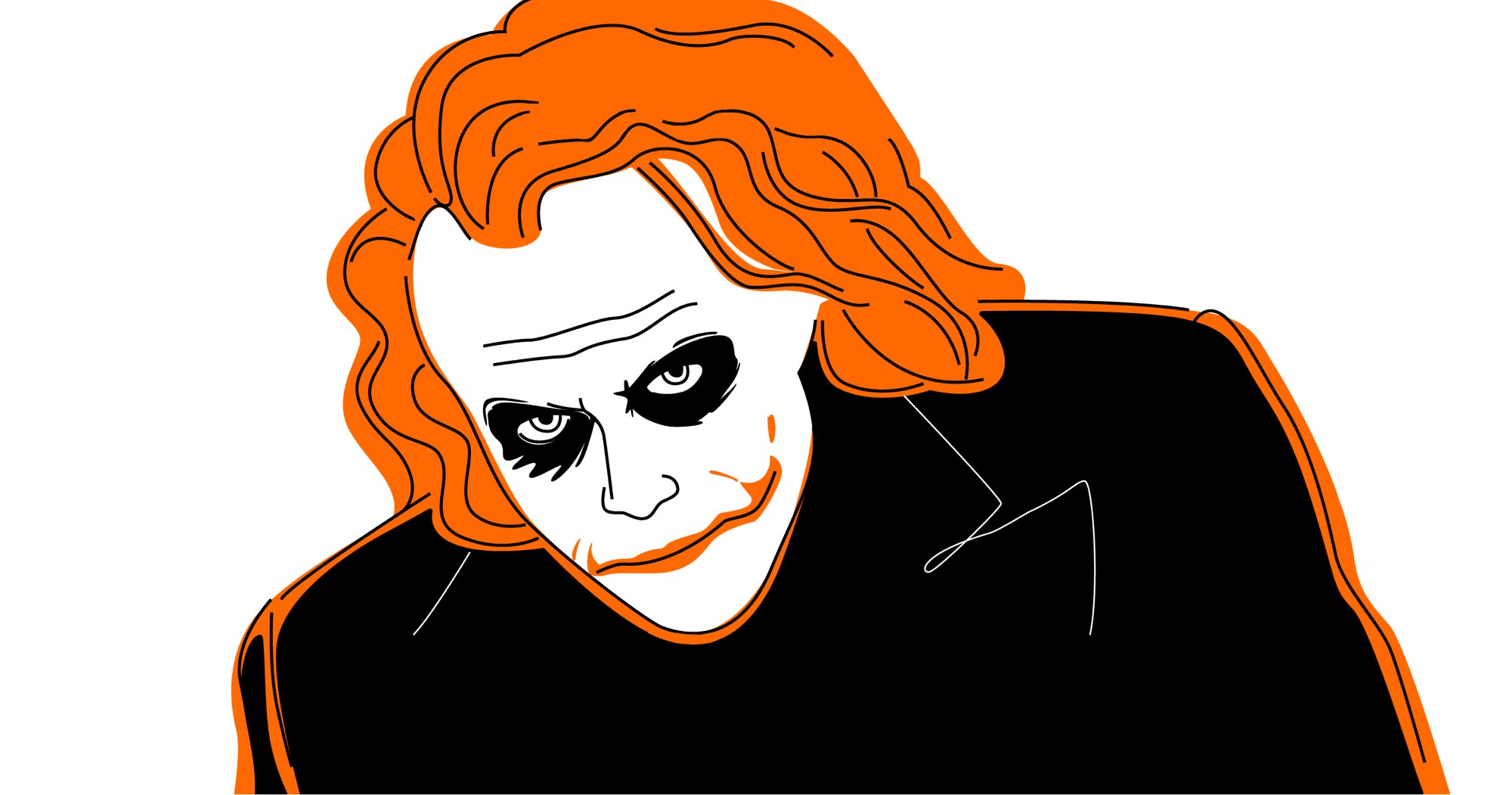 “I wouldn’t be that surprised if aliens landed near my house next week,” a friend told me the other day. “When the whole world goes into lockdown, there is no space left for science fiction anymore. Anything now seems possible.”

Which makes it even harder to predict how things will shake out in the long term.

Yet it would be nice to have at least some insight into our post-COVID19 future, especially if you work in food service — an industry totally disrupted by the corona crisis.

So I’ve done my best to sift numerous reports and articles and identify the most likely implications of COVID19 for the food & beverages sector. I’ve also reached out to friends and industry leaders from all over the world to get their take on what might happen with the restaurant market in 1–2 years.

And here is what I have.

1. Independents will give way to chains

With COVID19 wiping out numerous restaurants, consolidation of the industry now seems inevitable. Some brands will expand their presence simply by taking over locations left by the independents who’ve gone out of business. A quarter of independent restaurants might be unable to survive the pandemic, according to David Henkes from Technomic (US). Many chains will also be scaling back their networks. Chipotle, on the other hand, is already plotting its expansion.

2. Big fat guys will get bigger and fatter

There might be quite a number of M&As as well, since some strong brands were financially unprepared when the crisis hit. Aaron Allen (US) points out that among American publicly traded restaurant companies the largest brands (valued at more than $10b) have a much lower debt-to-EBITDA ratio, and this will give them plenty of leverage. “The crisis won’t necessarily favor the best teams, brands, and products, but rather companies with access to capital,” noted Peter Backman (UK) during our discussion about the effects of the corona crisis.

3. Unemployment will ease the labor market

Attracting and retaining staff have been the greatest challenges in the restaurant industry for many years. Operators have had a hard time trying to adapt to constantly rising labor costs and increasing turnover. With “the deepest recession since the Great Depression” envisioned by many economists, the trend will inevitably make a U‑turn. “Operators will be able to access the labor market on more reasonable terms than before,” noted Pranav Shah (Amsterdam, Netherlands) from ABN AMRO Bank when we talked about his perspective on the impact of COVID19.

4. Casual dining will be hit the hardest

Datassential’s study has found that for more than 1/3 of people, limiting restaurant purchases and cooking at home will be the primary strategy to save money post COVID-19 (US). Customers don’t always behave as they say they will, but a number of them, being unemployed or earning less than they did pre-crisis, will simply be forced to scale back their restaurant spending. It’s logical to assume that many will downgrade and opt for cheaper QSR options, trying to get away from the burden of cooking at home all the time. The middle segment of casual dining was in trouble even before the corona madness, and it might become especially vulnerable in the post-crisis era, while some QSR brands could see increasing demand.

5. A surge in delivery, but not as tremendous as you’ve heard

Chris Kempczinski, McDonald’s CEO, said in an interview on CNBC that in the Chinese regions that have already passed the first wave of the epidemic “delivery sustains at a significantly higher level post the crisis than pre the crisis.” During lockdown, many people are forced to resort to delivery, and a number of them stick with it even after the quarantine is over. But at the end of the day, the real numbers of delivery adoption might not turn out to be as impressive as some enthusiasts envision, especially in the West. Delivery is an expensive service that makes sense economically only for large orders — not exactly the best segment to grow during a recession.

6. A tipping point for delivery aggregators

Even before this madness, delivery aggregators were under fire for their dubious practices and questionable business model. The crisis has exacerbated all those tensions.

Suggested post: Covid-19 survival guide for restaurants: 18 tactics to see it through

If delivery is your only sales channel, you can’t afford to lose money on it, as you used to do before when writing off losses as “marketing expenses.”

Could the crisis become a tipping point? Governments are now imposing limits on aggregators’ commissions, influencers are encouraging direct ordering, restaurateurs are joining forces to renegotiate terms and set up their own delivery services. Consider the case of Waitrr, a company developing an app for dine-in ordering (Singapore). “On request from our restaurants, we built a delivery function in eight days. We only charge the payment processing fees and pass on the order, and the restaurant makes the delivery themselves. It saves them a lot of money compared to delivery aggregators,” Tim Wekezer, Waitrr CEO, told me.

7. Old P&Ls will fly out the window

“Not until we have a vaccine, can we even expect a return to stability,” Howard Shults, Starbucks founder, warns us. And another rainmaker, Bill Gates, ponders: if restaurants will have to keep diners six feet apart, “will they be profitable with this reduced capacity?” Despite all the uncertainty, it’s already clear that the entire model of the restaurant business will have to be rethought entirely. Rents will go down (hopefully). Prices up (probably). The delivery/dine-in/takeaway ratio will shift (somehow). Many restaurants will have to get to grips with the fact that they might be unable to survive on evening dining alone and will need to up their game in lunches. Those who figure out the right P&L to make a profit under new conditions will have a chance to expand.

Lockdown measures obviously drive the adoption of digital services. For example, Tacos 4 Life’s digital ordering went up from 3% to 25% (Arkansas, US). During quarantine, people order delivery or takeaway on websites and embrace contactless mobile payments. As is the case with delivery, many people will go back to their old ways as soon as they can but others will be happy with the new digital tricks they learned. Starbucks reported that in the last week of February, mobile in-store orders made up 80% of sales, a month later in March — 27%. The crisis drives innovation forward while making even some solutions that seemed advanced just a few months ago — such as self-ordering kiosks, for instance — seem outdated. As soon as restaurants are open, safe contactless mobile ordering for dine-in might become ubiquitous.

9. Robots are even less likely to replace chefs and waiters

“As the economy recovers, many food service positions once filled by people will be replaced by robots,” Aaron Allen predicts. And most robotic ventures are already experiencing a surge of demand. “We are seeing an uptick in customer, press, and investor interest in the last couple of weeks,” the CEO of a robotic company told me. When the dust settles, though, I believe robotics in QSR will be even more out of reach than before the crisis. Its greatest selling point is savings on labor cost — a point that becomes obsolete with skyrocketing unemployment and declining labor costs. And with tons of bankruptcies, there will be less capital to spend on long-term ventures.

10. Safety will be the key to survival

If we assume that the world will not open up completely until there is a vaccine, treatment or herd immunity and that it’ll probably take at least a year or two for that to happen, we’ll have to accept that ensuring superb hygiene standards will become one of the must-haves for long-term survival. This will have an impact on how we design dine-in establishments (farewell self-service stations and doors with filthy door knobs), how we go about keeping our restaurants clean and how we communicate that and make guests feel safe. We’re used to seeing time sheets in bathrooms saying that the place was cleaned 10 minutes ago. “It’s not hard to imagine seeing the same message about the dine-in area,” noted Paul Webster from Livit Design (Madrid, Spain). A restaurant’s cleanliness and food safety standards will matter more after COVID-19 to 76% of customers, according to Datassential’s study.

Since most lease contracts in western countries are long-term, some restaurateurs will find it easier to file for bankruptcy instead of paying pre-crisis rent for ten more years. Renegotiating long-term prices with landlords can be tricky, considering the lack of transparency in the real estate market. And those who stay afloat will probably end up spending more on rent than they should. “The survivors might find themselves at a disadvantage against new concepts and startups who will be snatching up vacant locations at much better prices,” Kirill Vyrypaev, Dodo Pizza CFO, noted. This is good news for the emerging concepts and startups that are likely to pop up in the post-crisis world.

We at Dodo feel a bit embarrassed — to have been so prepared when the crisis hit.

Since 2012, our strategy has been built on balancing dine-in and delivery sales. We’ve lost 40% of our dine-in business, but we can rely on delivery for now.

And the whole point of our company has been to build a digital-first QSR brand and leverage all the advantages the new tech has to offer. Our digital products integrated on the Dodo IS platform make us look to the future with cautious optimism.

So we haven’t dropped the ax on any of our strategic projects, be it our new doner kebab chain, new coffee shop brand, or even the dine-in ordering feature in our app. We’ve preserved the ability to go forward, and we believe that sooner or later, all of these projects will become timely again.

No matter what happens, people will continue eating food, there is no doubt about that.

Suggested post: How to survive this crisis by Fyodor Ovchinnikov, Dodo Pizza CEO