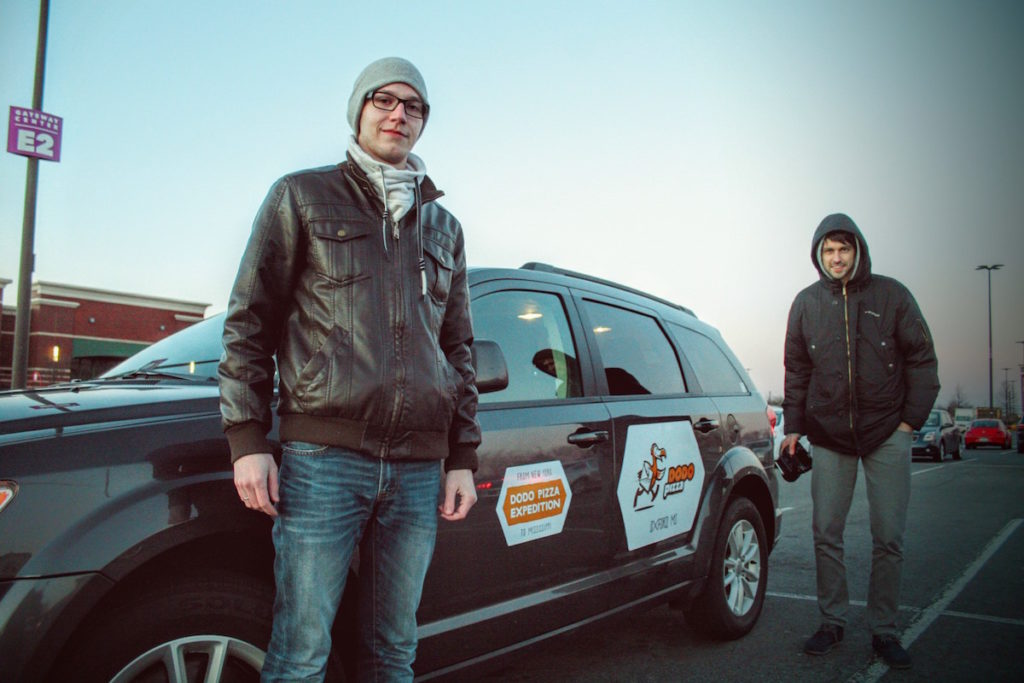 Some folks say that we will fail in the US because we don’t know the market. And that’s (partly) true. We don’t. That’s why we’ve decided not only to open a pizzeria in the US, but to set out on the Dodo Pizza expedition.

We’re hopping a flight from Moscow to New York, getting in a car, and driving 1000 miles south to Oxford, Mississippi, where our first pizzeria is preparing its grand opening.

But we don’t want to get there as soon as possible. Our goal is quite the opposite—to go as slowly as we can.

It’s called expedition, after all, and that’s for a reason—we’re studying retail businesses in big cities and small towns and the American lifestyle in general. We want to get to know the country where we’re hoping to build a successful company.

I assume that for many Americans, the idea of calling this trip an expedition may sound quite dumb.

The road from New York to Oxford doesn’t cross the rainforests of the Amazon. There are no virgin lands where no man has ever set foot.

Still, for us, it feels like an adventure. Everything is new. Buildings, roads, and places look strange and unusual. Food smells different. Colors are vivid and bright. Small details nobody else notices can bring out the excitement of discovery.

We’re no gawkers craving entertainment in the midst of the ordinary. We’re business explorers in the nature reserve where the most dangerous, strong, and beautiful beasts live.

Well, the latter was maybe too much. But you’ve got the idea, I guess. America is known to be the best place for businesses and one of the most developed pizza markets in the world.

What do Americans have on their plates? Is the food different from what we’ve seen in Europe? What do the trendiest concepts look like in real life? What are the most promising innovations in the industry? What can we learn from entrepreneurs working in the US?

These are the questions we’re trying to answer.

We’ll be stopping by the most interesting pizzerias, cafes, and restaurants. We’ll be talking to people, making notes, taking photos, and shooting videos. And we’ll be sharing our discoveries online, of course, hoping that they’ll be interesting not only for other foreigners, but for Americans too.

This is our itinerary.

If you know anything worth visiting in the listed towns, please let us know.