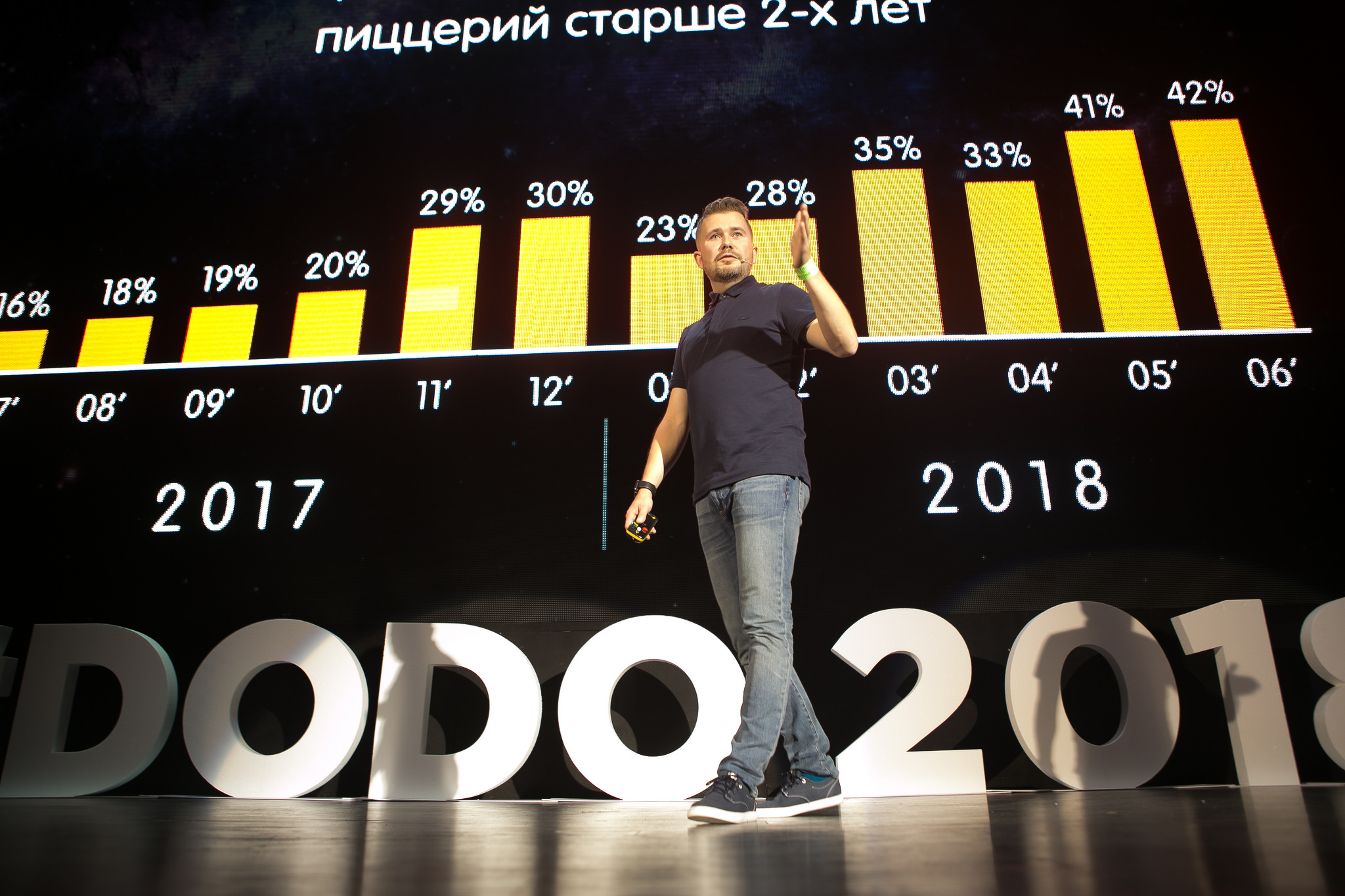 Seven years ago, a dreamer from a small northern Russian city decided to create a global business. Owning no money, he had something more valuable—a prospective idea and his faith that it was possible to achieve his dream. He aimed to start a global pizza franchise built around a cloud IT system. He chose pizza because this product is known all over the globe, and pizza delivery is one of the most popular small businesses in the world.

He believed that even in northern Syktyvkar, one could come up with a business model that can be scaled in other countries with the help of other entrepreneurs and the energy and capital of his partners. That’s how the McDonald brothers built their business. They also started in a small town called San Bernardino, California and combined a restaurant with the system of conveyor production. The entrepreneur from Syktyvkar decided to combine a pizza shop with the Internet. He believed that new IT solutions would allow him to break new ground in the pizza delivery market and build a global company. He opened a small pizzeria in the basement and, from day one, started developing his own IT system. 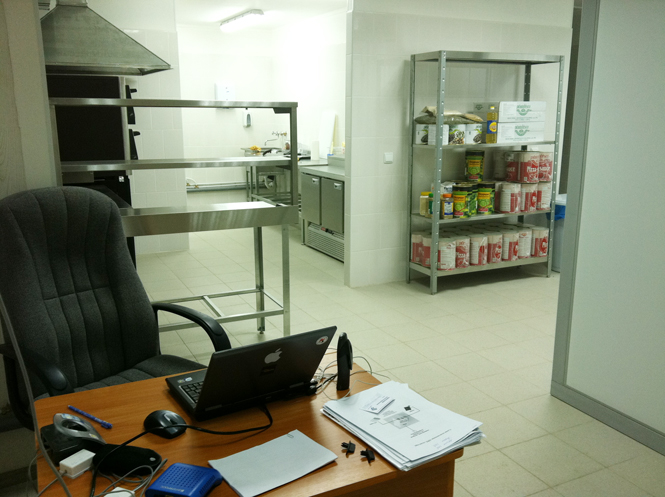 My “office” in the very first Dodo Pizza

But how do you woo future partners, investors, and employees while having ambitious plans but just one tiny pizza shop? The Internet does change the world. It gives every person a chance to reach out to a wide audience. The entrepreneur decided to make his business completely transparent. He set up a blog and started telling his story. He was publishing his profits and losses, sharing his dreams, plans, and mistakes.

This online reality show caught the eye of many people interested in business. They started following his story. When the pizza shop began to bring in profits, many people, crazy dreamers like himself, began to reach out to the entrepreneur. Someone wanted to join and build a global company. Someone wanted to open the same pizza shop in their town. Openness was building trust. 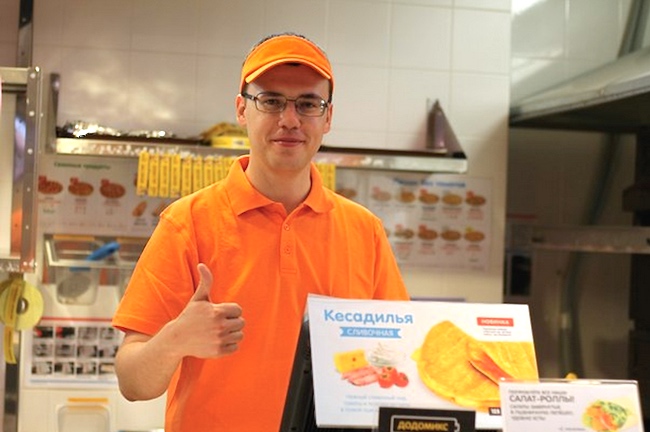 So in different parts of the country, new pizzerias began to crop up. Like the first one in Syktyvkar, they were also completely transparent. It was the towering principle on which this chain was founded. And it brought them success. The business model was working. The open financial data and their success in different cities spurred interest in the franchise. The chain was snowballing. It was attracting more and more followers, and many people were coming to Syktyvkar to take part in this venture.

They put together a system that helped entrepreneurs find private funding for their pizza shops. Private investors backed them because the IT system provided transparency and allowed them to track sales and processes in real time. This system made it possible for the chain to grow rapidly without bringing funding from banks.

The chain was growing at an insane pace, and the managing company needed money to scale. To invest in the development of the IT system and the team, it needed long-term investments. The firm could simply die due to the challenges of its rapid growth. It had to develop its IT solution and grow its retail business at the same time. In the beginning, the entrepreneur was solving the funding problem by bringing in money from other small businessmen. At some point, he realized that the company needed too much for that way of funding—$2 million. So he decided it was high time he looked into the world of professional investors. He was well-prepared but saw no interest among Russian venture investors. They weren’t capable of believing that a company from Syktyvkar could grow into a global business. The big dream was on the verge of crashing.

Then, the entrepreneur decided to reach out to the readers of his blog once again and get funding from dozens of private investors. Everyone who could find five thousand dollars could become a shareholder. The financial gurus didn’t think that such a large-scale crowdfunding initiative would work out in Russia. One of the venture investors even made a bet that the entrepreneur would fail. In case of loss, he agreed to work at the cash desk in one of the pizzerias for the whole day. He lost. The company got $2 million from many different people—coders, engineers, entrepreneurs, managers. These people believed that the company could see it through and reach its goal. They decided to give it a chance. 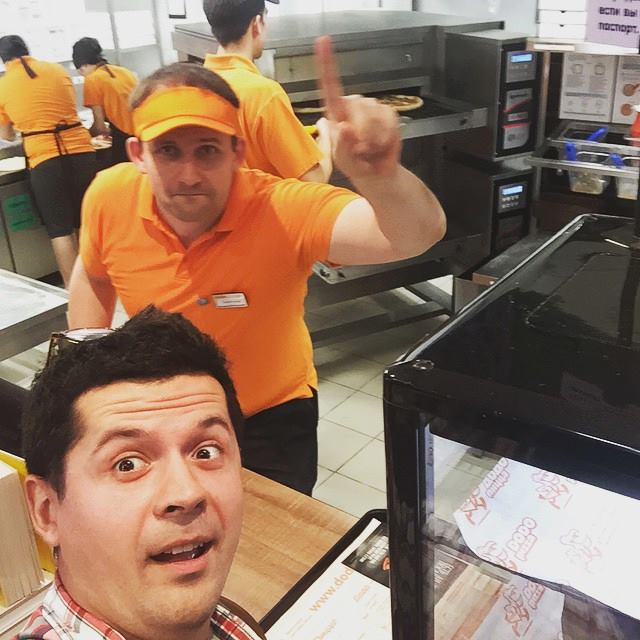 A venture fund executive working at the cash desk

In the beginning, powerful international corporations—Papa John’s, Domino’s, Pizza Hut—were eying this story without any worries. They didn’t believe that these guys could succeed, or that this way of doing business would stand the test of time. They couldn’t wrap their heads around why the company made its sales public. They didn’t understand why this chain was partnering with entrepreneurs who didn’t have any money. They didn’t believe that such a small pizza chain could build its own IT system from scratch. They didn’t think that the company would find funding.

Many people didn’t believe that this self-made company would become professional enough to reach a new level, but it happened. The company continued to grow, and more and more smart and high-achieving people were joining it. And first, this company caught up with the big corporations, then left them all behind.

Today, within seven years since its birth, Dodo Pizza is more than twice as big in Russia as its closest competitors, who have been working in the country for 15 to 20 years.

Why have I written all this? I’m sure many of you already know our story. This story does look like a fairy tale. We have miles to go in Russia, and we face a strong competition in our home market, but we’ve grown into a mature business in Russia. We could settle down and work on preserving the status quo. But that won’t be the case. We won’t settle down. We do want to build a new global pizza brand and become a real competitor to Dominos, Pizza Hut, and Papa John’s, not only in Russia, but in other countries as well. We’ve set ambitious goals for ourselves.

Maybe now you’ll smile—as seven years ago I met smiling folks in Syktyvkar when I was sharing my goals to build a national pizza chain. We have the intention of becoming the world’s number one pizza delivery chain. We understand it will take years, but we’re ready for that. Lots of challenges and adventures are waiting for us ahead. And there is happiness in it—just going down the road you have chosen for yourself.

Actually, all this is just a preface to my next post, in which I’ll share with you our plans for China and tell you how we’re going to disrupt this challenging and interesting market. To be continued.... 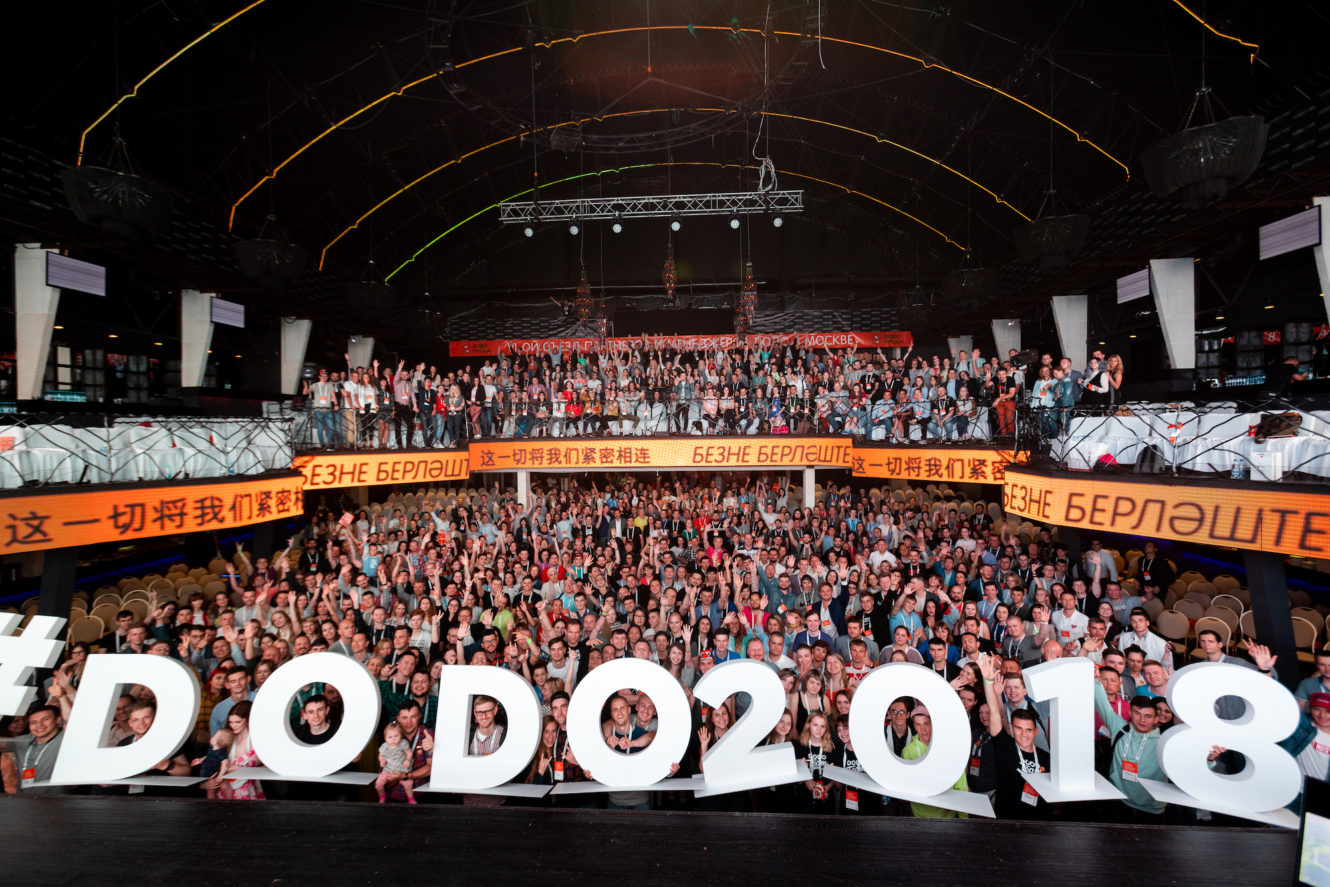 Dodo Pizza meetup 2018
• China
Stay as informed as our CFO
Sales and store count, year-over-year growth, P&L, and other key data of one of the world’s fastest-growing and most transparent pizza chains
Please review our privacy policy before subscribing