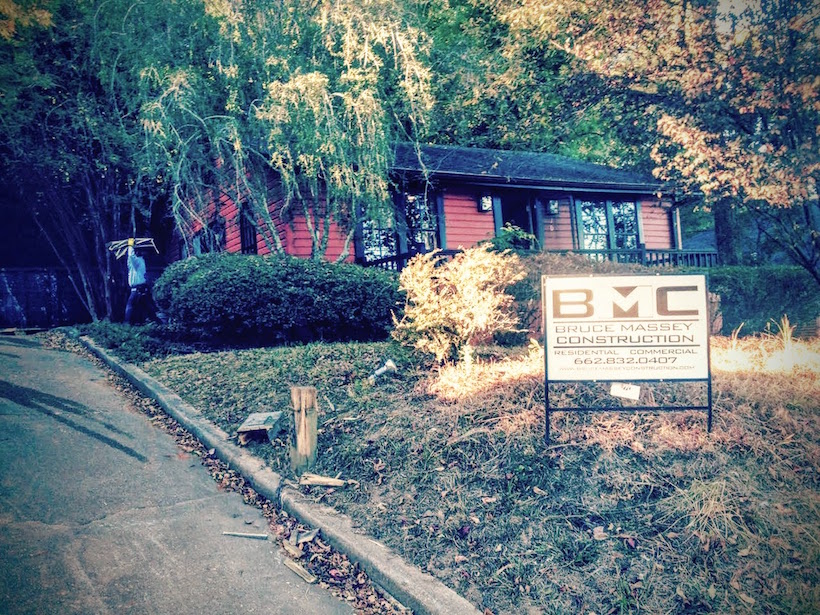 How we failed to hit the store opening deadline

We said October. October was planned to be the month of the grand opening for Dodo Pizza in Oxford. The days passed by, and the date of the opening crept into November, then December. Now I have to admit that we won’t be able to open our first store in the USA this year. The construction work on the site has been initiated, though, and now we’re looking at late January 2016. A 4‑month delay isn’t really a complete disaster considering the fact that we’re going through all this for the first time in the USA. But the pace of the project could have been different if we had not made certain mistakes. Let’s look through some of the lessons we learned.

1. A car is an absolute necessity

It might seem obvious to Americans, but we didn’t buy a car right after arriving in Oxford in May, 2015. We relied on public transportation and a bike at the very beginning. Therefore, our team efficiency was super low. Honestly, I have no explanation for that. We were eager to save some money. It was naive.

We bought DodoDodge eventually, and just because of that we got a chance to visit way more commercial properties available for lease in one day than we ever could have otherwise. We started cruising around Oxford, visiting people in City Hall, looking at our competitors. But that should have been done earlier than in July, no doubt about it.

2. Going around in circles should have a limit

Big restaurant for students to hang out in? Delivery + carry out? Sticking with the concept we have in Russia? Trying out something new? Discussions and doubts are good when they are limited by deadlines. We signed the Letter of Intent with the former frozen yogurt store in June. Then we realized that the location was not suitable for what we had finally come up with.

We decided to proceed with an artisan pizza delivery and carry-out concept. That required a smaller number of sq.ft. and proximity to the city center. Basically, just the opposite of the frozen yogurt place. At the same time, the Red House appeared on the horizon and we fell in love with it. It was a perfect fit, but not time-wise. We forced ourselves to negotiate again. And that certainly did not contribute to making the grand opening scheduled in October.

3. Having no intermediaries is tricky

Dennis, the landlord of the Red House, does not collaborate with real estate agencies on leasing his properties. Overall, I see this as a good thing. He does care about the people and business he deals with. He is a truly outstanding person, supporting us and wishing us luck all the way through the process. But since we both did not consult with real estate professionals, the negotiation process took a while.

We would make some changes to the lease agreement and send it to Dennis. He would come up with his comments and we would have to respond again. We were all set in the middle of July, and life could not have been better. But the parking issue messed up all our optimistic plans.

4. Signing does not mean building

We finally had a signed lease agreement. But the tricky part was that we came to an agreement with the landlord, not with City Hall. Looking back, I admit that we should have devoted more time to researching the Mississippi Building and Construction Code, or at least to chit-chatting with more experienced people. Suddenly parking was an issue. And we could literally do nothing about it apart from waiting till the date of the public hearings scheduled for the 10th of August. The idea of opening in October vanished in the Mississippi air. The problem was solved by the end of July, but DoDoDodge stickers saying “Opening in November” already looked more appropriate.

5. Adjustments are not that innocent

Making a kitchen layout in Russia and then implementing some adjustments in accordance with the local code might seem like a good plan. We currently have more than 60 Dodo pizza stores in the chain. Making just one more kitchen layout for an 800 sq. ft. building looked like a piece of cake. In reality, it took us almost 2 (!) months to submit all the drawings to City Hall. Nobody expected that.

We were going back and forth. Changing the size of the restroom resulted in changes in the equipment because we ran out of space. We decided to use the porch facing Jackson Ave East as a manager’s room and a dry storage. City Hall said yes, and after two weeks, no. No changes to the exterior; we learned that lesson the hard way. The fact that we were trying to make our kitchen efficient and not just nice-looking did not help at all.

At a certain point, the architect we worked with said, “Enough. Please, fire me.”

The final version of our drawings was submitted to City Hall at the very beginning of October. The grand opening in November was not a possibility anymore.

6. Our general contractor would not appear overnight

Focus and concentration are both very trendy topics nowadays. But don't take them too literally. We were so obsessed with the layout of the kitchen and with the fact that we had to get a construction permit that we did not think about the importance of finding a general contractor. Well, we knew that it would have to be done one day, but we simply did not devote enough effort to that process.

We had hopes for getting a construction permit ourselves without even getting in touch with a general contractor. The plan was to search for electricians, plumbers, etc. separately to save some money on the commission of a general contractor. Don’t try this! One of the worst decisions ever. Simply because it isn’t possible to do what we’d hoped, at least in Mississippi. Well, it is possible in theory, but we would almost have to become a general contractor ourselves, which is not easy. :)

So we rushed into searching for a trustworthy partner after waiting way too long. Thankfully, we managed to find a good company quickly. But next time I’ll start doing that right after we choose a location.

Construction has just started. It will take around 60 days. And then we’ll devote at least one month to testing recipes and training employees in the real kitchen. So it is unlikely Oxfordians will be able to give Dodo Pizza a try in 2015. We’ve experienced a combination of unpleasant factors we could not control and our own mistakes. But the best thing about all this is that we never gave up. Eventually, our goal is to surprise Oxford with the product we have, not with our ability to launch pizzerias in a short period of time.