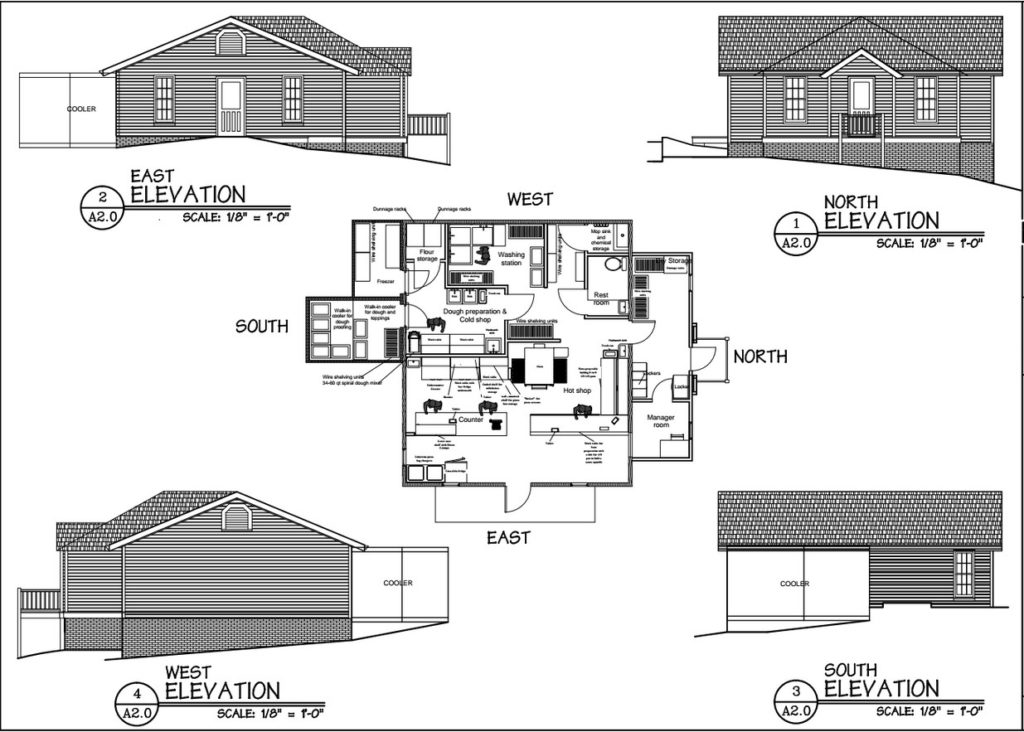 Our 8 best moves in the US…so far

On this blog, we’ve always been challenging ourselves to share with you guys what we learn from mistakes we make. You might remember the post about our infamous milkshake fiasco or the sad story of puny Dodo Pizza’s productivity in Oxford. But this post will be a bit different. Now I’m going to tell you about 8 things we decided not to do in Oxford—that were totally right.

Initially, we were inclined to open a dining area. Then the vision evolved. Our team decided to narrow our focus in the US and opted for delivery and carryout only. Having survived a year, I see clearly that this was a smart move. Even a small dining area makes things much more complicated (for a restaurant you need more options on the menu, more people, more money). Our resources are limited, and I doubt that we could actually pull off a project of that scale in an overcrowded restaurant market. Now we aim to be the best pizza delivery in Oxford in terms of quality and revenue. I believe we will—it’s doable no doubt, even for a small gang like ours.

At some point, we thought that these were our best options for the location—before we saw the Red House (almost by accident). They cost 2.5–3 times more despite the fact that they were much further from the city center. Now we deliver downtown faster than our main competitors (usually). Had we rented Frozen Yogurt, we wouldn’t have. And Highland Court has a new building in front of it now, and our sign wouldn’t have been visible from the road. The Red House is located just near the Square (that’s why we sell 50% of our orders for carryout) and cost us only $1200 (that’s why we saw profit in June—just in 3 months after opening).

3. Don’t place the coolers inside

According to our first layout, the walk-in coolers had to be placed inside the Red House, since usually normal people place coolers inside, right? But our building is really small—only 850 sq.ft.—so our architect proposed putting them outside. The idea seemed a bit uncommon, but we decided to seize every opportunity we had in order to allocate some extra space. So we gave it a try—and it worked just fine. Now we have two big outside coolers that can be reached from the building. They give us enough space to store our dough, and now we’re ready for the sports season.

Yes, it crossed our minds once that sourdough made with no yeast could help us stand out in the market. But now we use active (not instant) dry yeast. The process is still very complicated. It consumes a lot of time and energy, since we don’t get the dough delivered from a commissary but rather make it ourselves in the pizzeria every single day.

I know for sure that making sourdough would have been a suicide mission.

It’s a delicate and time-consuming process, and even one mistake can leave you without any dough at all for a loooong time.

We created a nice promo page devoted to our fancy milkshakes, bought the equipment to make them, placed an order for hundreds of cups…then changed our minds, cut the milkshakes from the menu, put the equipment up for sale, and forgot about the whole gaffe, as it was a nightmare. Milkshakes are not for delivery—they melt too fast, and making them would have become a real burden during rush hour. It’s always a good idea to ditch a bad idea before it’s too late.

Many deliveries in America offer their pizzas in three or even four sizes. We decided to sell all our pizzas in one size only—it’s much easier to prepare the dough balls in one size than in four, and in our business, easiness literally equals quality. The easier your workflow, the fewer mistakes you will make. Another thing: the dough balls have to be warmed up before they are put to use. It’s impossible to know for sure how many balls of different sizes you will need in two or three hours. That’s why many pizzerias struggle to keep their quality at the highest possible level every single hour. Having one size helps a lot.

7. Don’t set the prices too low

This question raised a real quarrel in the office. From day one, Dodo’s unofficial motto was “much better product, same price.” But we realized that this strategy would be too risky for our first American delivery and changed the motto to “much better product, a bit higher price.”  It worked out quite well. People tend to pay more if they see the quality. And at this point, it helps us keep the business up and running. We saw our first profit in June. And our food cost is less than 20% (which is surprisingly low, since we use only high-grade ingredients).

Don’t get me wrong. We do believe in marketing. We just don’t believe in the outdated way of promoting your product in the 21st century—with flashy and deceiving coupons that fill up mailboxes. So Dodo’s policy is simple: we don’t offer discounts, and we don’t spam. We don’t hard sell. We’re just offering a free pizza for every Oxonian. Shorly, everyone will be able to try it—and make up their own mind about which pizza delivery is the best in town.