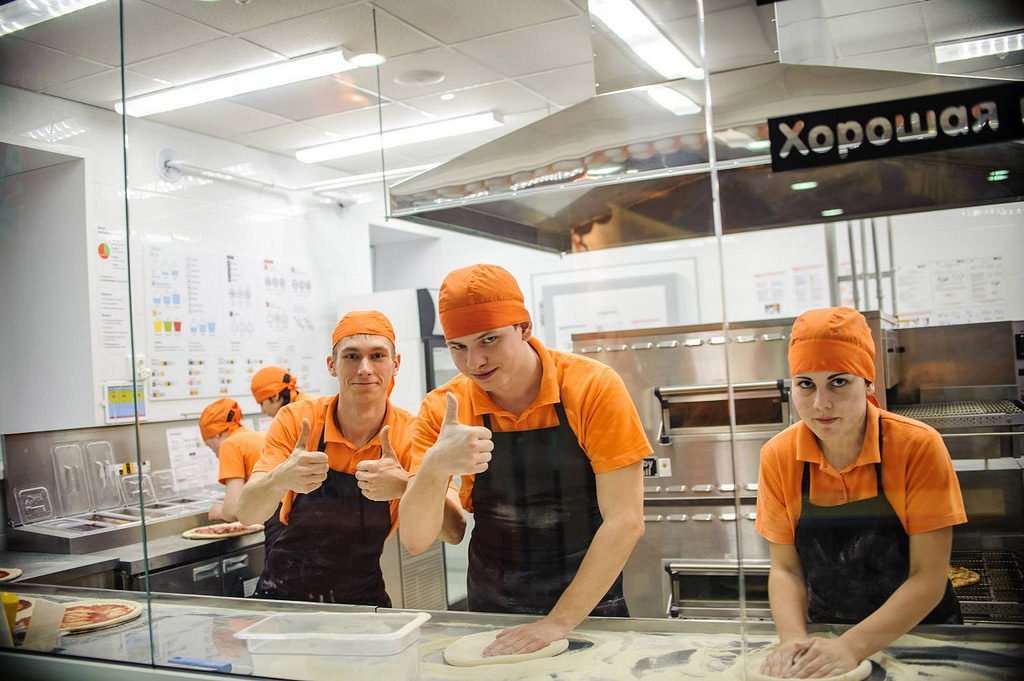 The Manifesto: How to Do What Can’t Be Done

Wanna know a simple but powerful secret of self-motivation? Here it is: To discover an inexhaustible source of energy, you simply come up with a bold idea, set an ambitious goal and find someone who’ll state that it’s impossible to reach (this won’t be difficult). I’ve been using this technique since I started my first blog and launched my first business, and it has always worked like a charm. When someone says I’ll fail, it drives me crazy and urges me to work even harder to achieve my goals.

So, let’s do it again: I’ll explain what I’m up to now in the US, and you’ll say that it can’t be done. It will be easy to doubt me, since it’s clear that a small pizza chain from Eastern Europe can’t revolutionize the global market and change the way we run companies and use technology.

Technology rules the world today; it’s everywhere. Can we use technology more than we already do? It helps people navigate airplanes, make smart artificial limbs, connect with people immediately wherever they are, and watch an online video on our smartphones of a lady falling off her treadmill (shared with us by our beloved friends).

We are accustomed to getting cool innovations from tech stars every few months, like how people waited for the arrival of new novels from their favorite writers a hundred years ago, or how crowds waited for new rock albums thirty years ago.

We carry powerful computers on our wrists and complain that the battery isn’t good enough. We are expecting the arrival of driverless cars, and we already seem to think that it won’t be a big deal.

Living through this bright era of technology, it may be difficult to notice that, in many fields, there has been very little or even no progress at all. Too many companies, teams and individuals are managed the same way they were a long, long time ago.

Yes, we type on keyboards instead of writing on paper, and we Google things instead of looking them up in the Yellow Pages, but in too many cases we do basically the same things our parents did.

It works, but it could work much better, if only we truly believed in the great power of technology and its ability to change the world and our everyday experiences. We at Dodo Pizza believe that IT can make life much easier, interesting and fulfilling.

You don’t even need to invent new technologies—you just need to use the ones that are already there.

That’s why we started this company, came to the United States to shake up the market, and launched this blog after all. By building a chain of “wired” pizzerias, we want to prove to the world that even in such a traditional and simple market, you can make a difference if you give the power to geeks who can run the company and change the way it’s managed.

When people learn about Dodo Pizza for the first time, some think it’s just another fly-by-night startup that uses high-tech bells and whistles to get media attention. But we take IT much more seriously than simply hanging tablets all over the place.

We wire all the company's management using a powerful web-based cloud system and reinvent the way a company works from the ground up. Thus, we will prove that by mixing IT with innovative management, we can make huge progress, at least in the three most important ways in which a business influences people’s lives:

1. We’ll deliver much better products and services for our clients than our traditional competitors, while keeping prices reasonable.

2. We’ll create a much more friendly and comfortable environment for employees–and, at the same time, help them find personal and professional fulfillment.

3. Finally, we are going to build a new type of global corporation that will stand on the firm grounds of transparency, free competition and (surprise, surprise!) cooperation among our partners all over the world.

Imagine a pizzeria you can rely on, because you can see how your pizza is made and delivered, because it shares with you the origins of tomatoes and ham it used on your pizza, and because 90% of the time it delivers your pizza in 15 minutes, hot and fresh.

Imagine a company where working in the kitchen feels like participating in a fun online game in which you play with your coworkers, form teams and compete with your colleagues from around the country.

Imagine a technology that connects pizza makers and customers and gives the latter an opportunity to thank staff members for the great pizza they made by sending a smile and a selfie via cell phone to the kitchen.

Imagine a corporation where entrepreneurs all over the world share their knowledge and finances with each other and get contracts for new stores based on their real performance instead of through money, personal connections or bureaucracy.

You’ll say that this would be nice, but it’s only my dream–no way it can be done, especially by a newcomer in a highly competitive market.

Thanks! That’s just what I wanted to hear, since it gives me the motivation to move forward.

Actually, we've been building that kind of company for four years already. We have many more ideas to develop, while some of them are already implemented in our stores.

It will be a long road, no doubt, but an interesting one. If we succeed, we'll not only win over the U.S. market but show the way to other entrepreneurs, if only they decide to follow this path, because we'll share here everything that'll happen with us along the way.

At first, we have to win just one small town—Oxford, Mississippi, where we are opening our first store in the United States.

It may sound ridiculous, compared to the ambitious goals I just have laid forth. But that's how business works: You achieve big goals by taking small steps.

Right now, we are closing on the lease deal and adapting our business model for the American market. In future posts, I'll tell you how we have chosen the location in Oxford and what advantages of our IT system we'll use in the United States to stand out among the competition.