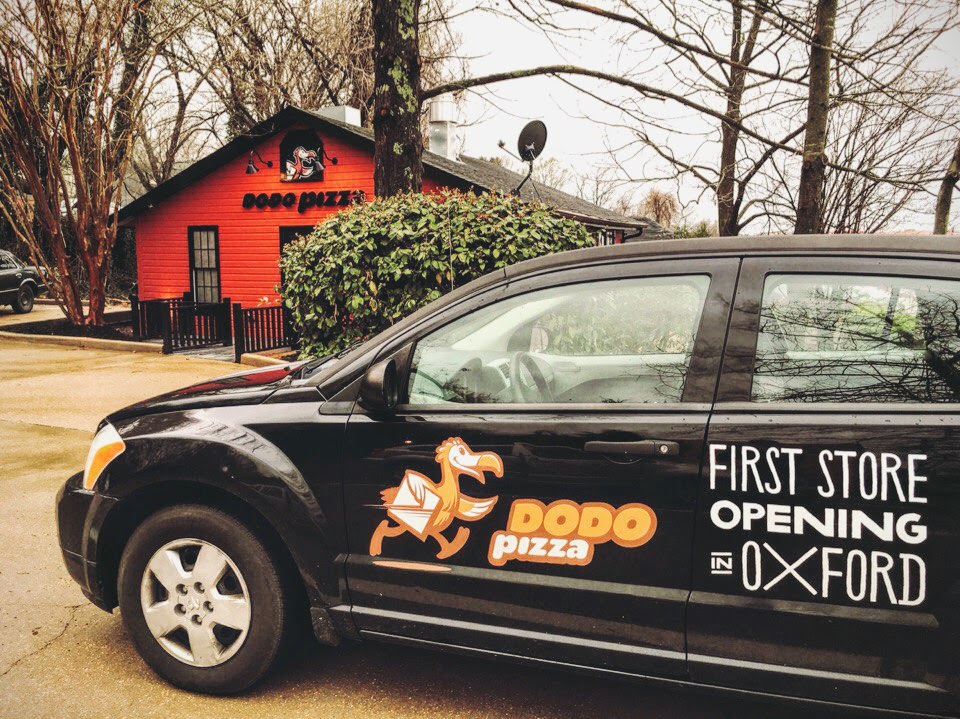 What will happen if you give away 500 pizzas for free

It was an obvious and frightening risk, but we plucked up our spirits and took a leap of faith. The Dodo Pizza grand opening was coming, and we had to decide how to let people know that there is a new pizzeria in town. We could place some ads in local newspapers. We could give away flyers on the streets. We could launch an online contest. But instead of all this common marketing stuff, we decided to try out just one thing: give a free pizza to each of the 500 people who signed up for our pizza trials.

The whole point of our concept is to offer a great product for a moderate price and cut off everything that isn’t necessary—everything that doesn’t give real value to our customers. So the choice seemed obvious. A good product doesn’t need to be promoted, because the quality is its best promotion. But still, replacing ads with trials was a scary thing to do, since we didn’t know how it would work out for us.

How many people would like our pizza? How many of them would return after the trials end and actually become our clients? How many friends would they encourage to order from us?

And there was another issue. Many people would agree that honesty is the best policy, but the question always is: do you have the grit to live up to this motto? We at Dodo Pizza take the honesty thing very seriously. We believe in openness and transparency—this faith is rooted in our DNA. The whole company was established on these principles, and they’ve made it successful. So we decided to ask every “beta-taster” to leave a review on our Facebook page, and we promised not to delete any comments (including the less-than-flattering ones).

It was a ballsy bet to make. If our pizza was great, we would scale up our success online. If it wasn’t, our failure would be scaled down just as far.

Still, the team agreed that it was the right thing to do. Our primary goal was to offer a great product. We needed to know if we succeeded or failed.

The pizza trials were announced a few weeks before our grand opening. We put a super simple page online where people could sign up to become “beta-tasters.” We promoted it on our Facebook page. And, by giving away pizzas for free, it wasn’t that hard to draw 500 people.

We spent only $3 on promoting the post. Then people invited their friends. 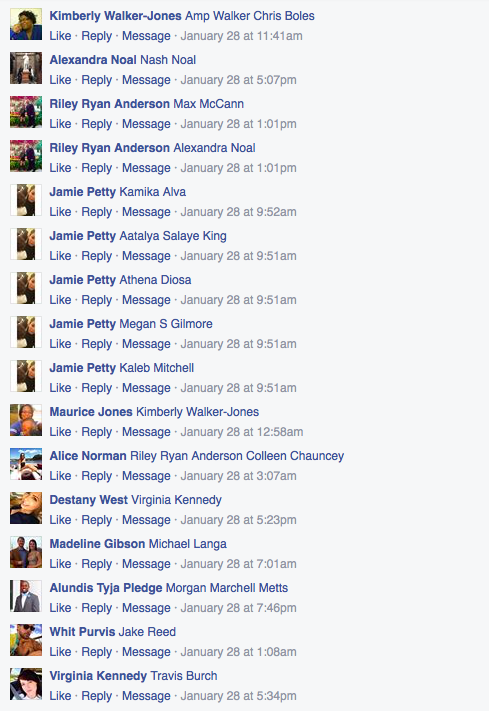 No wonder! We were basically giving away cash—with no catch!

Last week, the trials started…half a month later than expected due to some issues we had with construction work and equipment. Every day, we were sending out emails to our beta-tasters with invitations to follow some special links we created for them and place an order. We raised the amount of daily invitations gradually—from 10 to 100 a day. In a week, all our beta-tasters got their invitations.

Now the trials are over and we can sum everything up. Only 80% of the beta-tasters opened the email, and only 266 used the opportunity to get a free pizza of their choice. We’ve got 116 reviews on our Facebook page—109 five-stars and only 7 four-stars, which is pretty inspiring. People are different, and you can’t please everyone. To tell you the truth, I thought that it would be great to get 50% fours, 30% fives, and 20% three-star reviews. 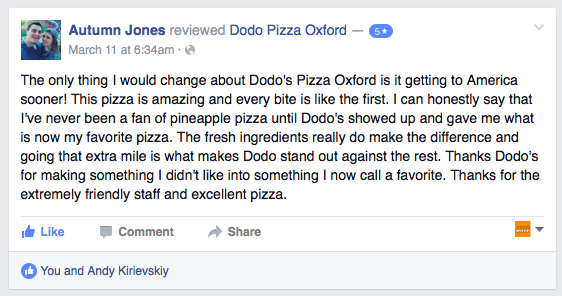 OK, what about the money—in terms of return on investment? We estimate that we spent around $1000 on ingredients for the free pizzas. Of course, there were the salaries of the pizza makers and drivers too. But another point of the trials was to give the team a chance to train before opening publicly, so you can’t say that it was money spent just on marketing.

It’s one thing when people get a product for free, but it’s a different thing when they have to pay for it. Did we get anything besides reviews? Our sales aren’t top-secret, so here they are. The first day of sales after trials: $638. The second: $942. Then $619 and $390.

We got these numbers without any additional promotion; many beta-tasters just returned to buy from us. Actually, we were a little bit scared to get that much attention during the first few days, because the team wasn’t ready for peak hours yet (and we were still looking for delivery drivers). Luckily, the next week was spring break, and many students (and our potential customers) went out of town and gave us an opportunity to breathe out and hone our skills some more.

We consider this result very promising. According to our initial business plan (which needs to be revised, of course, but can still be used as a guide), we need to make around $60,000 a month in sales—that’s $2,000 a day on average. Which looks pretty achievable after the first few days of our soft launch.

Of course, we don’t know what the trend will be. For us, the greatest challenge is keeping the quality of our product high while scaling the business. If you’re familiar with the pizza market, you should know that it’s not easy-peasy. Anyway, we’ll keep you posted. And if you’re interested in how it will work out for us long-term, you can track our sales online—they’re published on our website in real time (owing to the fact that at Dodo Pizza, everything is wired).

But I have to admit, we’ve already drawn our conclusions. There is a great chance that we will use the same tactic when opening our new US stores. No regular ads. No hard promotions. Just beta-tasting and honest reviews online. It gives us hope for winning the competition against other pizza deliveries, because this way of doing business can’t be easily copied. To do something the same way, you need a great product in the first place, and that’s not an easy thing to come up with.

What if we get some not-that-great reviews? Well, here’s no reason to delete them. They’ll help us think about how we can learn from our mistakes and make our pizza better. They say marketing is everything. But there is no point in promoting a bad product, right?