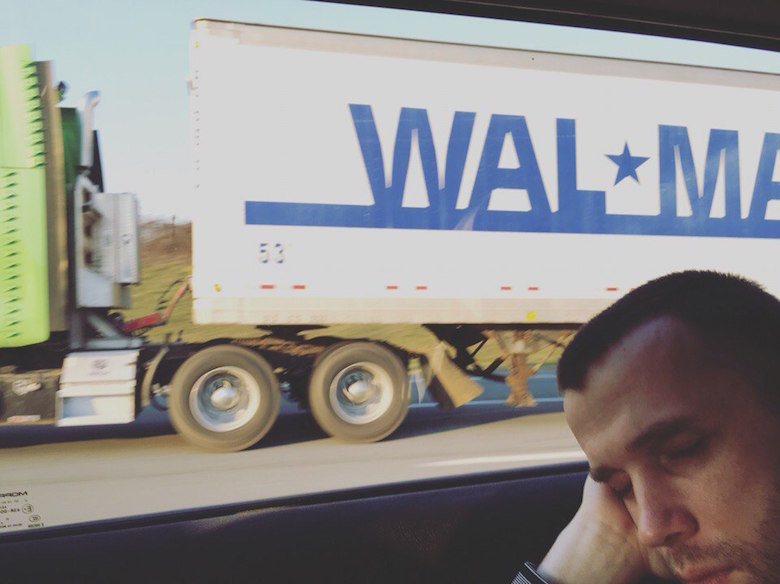 My father has never been to America and hasn’t met a single American in his entire life—and yet my dad is pretty sure that he knows everything about America and the Americans. He’s seen many movies, he’s heard some stories on the news, he’s read a few books—and now Dad is of the opinion that he doesn’t need anything beyond that to make his judgment. Here’s the thing. There are millions of people like him all over the world.

They may be not that stubborn and old, but their America actually isn’t a real country—it’s a fantasy.

And if somebody lives in a fantasy world, I’m 100% cool with that—as long as he or she doesn’t want to build a business in a real country. But we do.

That was the reason for us to set out on the Dodo Pizza expedition—we wanted to see the real America for ourselves.

We’ve seen big cities and small towns, studied fancy restaurants and cheap fast food places, talked to residents of a ghetto and millionaires in sea resorts, all while trying to learn as much about the country as was humanly possible.

Here are 15 things about America that have stunned us.

1. Everyone is relaxed, even in front of a urinal

A man walks into a restaurant’s restroom, goes to a urinal, unzips his fly—and when the stream hits the surface, being at last relieved, he says out loud, “Oh, my God, bless me.” This is a scene hardly possible in our home country, where all the people keep to themselves and are afraid to express their feelings. It’s good that Americans aren’t.

2. A traffic controller can be happy too

One morning, we saw a traffic controller who was singing. He looked extremely happy to be providing his services to the occasional pedestrians (the traffic wasn’t that bad and he didn’t have much work to do). Can’t say this about the whole of Europe, but in Russia, it’s almost impossible to find a man doing a low-paid job who doesn’t feel pity for himself. In the States, they’re on every corner—people know how to enjoy themselves.

No wonder Hollywood emerged on US soil. In America, literally every person you see in the streets could easily be a movie character because of the way people dress and behave, and even because of their faces themselves. I guess this is the result of two things—a mixture of nationalities and personal freedom. The outcome? Millions of individuals instead of masses of gray clones.

4. Always Coca-Cola…. Not a good idea

It’s striking how much soda these free, relaxed, cool people drink. Let me be clear—people in Europe drink Coke too, but not anywhere near these quantities. And no one in their right mind would have the bizarre idea of drinking half a liter of soda for breakfast.

5. Maybe your coffee is the reason

By the way, classic American coffee tastes…well, not so good. Maybe it’s the reason everyone in the US drinks Coke. And why Starbucks has become such a huge brand. At least their coffee is drinkable.

6. American food gives you a challenge

It’s really striking how unhealthy the food in America is in general—greasy, over-roasted, and heavy. And the meals are infamously huge, which makes it even worse. A few times, we just left everything on the table, even though people around us were enjoying their meals. I wonder how they manage to stay alive and make it to their sixties (at least).

7. The world of cars

Of course, we’ve heard that Americans are obsessed with cars, but we couldn’t imagine the existence of drive-thru coffee shops, drugstores, and even banks. They say it’s meant to save time. But usually the line of cars is so long that parking and walking in can save you more time. Anyway, liters of soda, greasy meals, and not much walking don’t look like a good combination.

Let’s talk business. During the Expedition, we had an opportunity to take a look at a few restaurants’ kitchens. Dodo Pizza founder Fyodor Ovchinnikov was stunned by how dirty they are (keeping kitchens clean is his idée fixe). More surprisingly, the managers in the US didn’t think that dirt was a problem—otherwise they wouldn’t have let us in.

9. An economy based on trust

In general, nobody trusts anyone in our home country. You have to supervise every delivery of goods to your pizzeria to make sure that nothing mysteriously disappears. And sometimes you have to hire supervisors to keep an eye on supervisors. For Dodo Pizza Oxford, there is no such problem. Our main food supplier in the US has the keys to our pizzeria and can make deliveries even when the shop is closed—they just let themselves in and leave everything inside. This system is built on mutual trust. It’s super cool.

10. America is open for business

“Dodo Pizza? You should meet with my rich friend; he’s looking for a company to invest his millions in.” How serious could it really be if someone told you that the first time you met? But that same evening, we were tasting California wines with this guy while pitching him our concept. When something like that happens, you realize how business-oriented this country is. Everyone is looking for new business opportunities.

Our rented Dodge had the Expedition branding on it. The same is true for the t‑shirts every team member was wearing. But it wouldn’t make any difference back home, because people usually don’t talk to strangers and they’re only interested in their own business. In the US, many strangers were asking us about the Expedition. What is Dodo Pizza? Where are we going? What’s all the fuss about?

A desk, a bookshelf, a small round table—and nothing more. This small office belonged to the owner of a company that managed a few resorts and restaurants in Florida. If he were a businessman from Eastern Europe, his office would be five times as big and a hundred times more pretentious. And he wouldn’t be wearing a badge with his name on it—like any other employee.

13. People show up for a job interview

When we reached Oxford, the Dodo Expedition team had a chance to witness the final preparations for our pizzeria’s grand opening. Hiring was in progress, and we could compare it with the the same process back home. In Russia, half of the applicants usually just don’t show up for their job interviews—they change their mind and don’t bother to let you know. People in Oxford were not only showing up, but they were always on time—and many were coming to apply for a pizza maker job with a CV. Wow.

Twenty thousand people live in Oxford. The university adds 20 thousand more. Still, it’s a small town. But it has its own Oxford Film Festival, three local newspapers, and a bookstore where you can meet a famous author and get your book signed. Not to mention everything else. Back home, you have to move to the capital or at least a big city if you want to live life to its fullest. It’s striking that in the US, you can find almost everything you need in a town that looks like a beautiful but small village.

“Do you like pizza?” That was the questions we were asking everyone everywhere. And in most cases, we got the same answer—from people of different social statuses and of different ages. “I don’t like pizza,” they would tell us, “I love it.»

Of course, we’ve come to the US because we knew that it’s a huge pizza market. But knowing and seeing opportunities isn’t the same thing. Now we’re sure that we made the right call—this is a great country to do business in.

This adventure—the Dodo Expedition—has ended. But another one—building a pizza chain in the US—has just started. Meanwhile, Dodo Pizza Oxford has opened its doors.

Don’t forget that you can track the sales of our experimental pizzeria on our website in real time. And subscribe to our newsletter: we share a lot of unique stuff about the pizza business, management and entrepreneurship in general.